Our Blog on All Things Marketing Related. 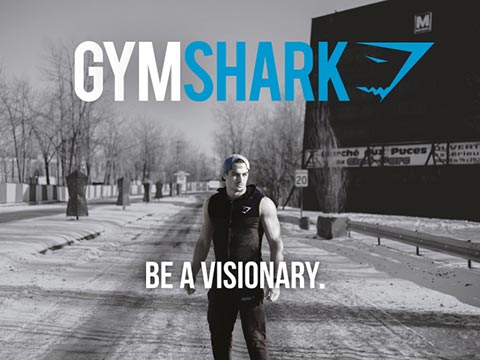 It was not long ago that Gymshark was a small brand designing stringers for buff dudes hitting the weight room. Their fresh designs caught on like wildfire, and soon enough some big names in the fitness world were rocking their apparel. Their growth would soon take off with a simple strategy: employ those Youtubers as ambassadors. With the growth of Youtube, emerged fitness channels focusing on diet and exercise plans designed by those seemingly genetically gifted. These gifted individuals would amass large numbers of subscribers and viewers. When a Youtube channel begins to grow, you begin to gather the attention of Youtube partners, and brands looking to promote their company. Hence the ambassadorship.

In a previous blog, we wrote about the success of Christian Guzman as he used his Youtube channel to promote his brand. We also briefly touched upon the fact that he was also a brand ambassador for Gymshark. If you have watched some of Christian’s videos on his channel, he mentions his approach to becoming a representative of Gymshark. Remarking that he just kept purchasing their apparel and wearing it during his videos/photoshoots in hopes that they would one day get in touch. As we can all see by now, Gymshark reached out, and the rest is history.

As it turns out, this was Gymshark’s affordable approach to marketing. By teaming up with fitness channels that had large viewership numbers, they would be advertising their brand at a fraction of the cost it would normally run them. Each of these ambassadors has their own social media strategy, and many social media channels in which they promote their brands, and their sponsor’s brands. The key concept to note is, their endorsement was focused on a tight-knit community that already had monstrous growth in viewers. In the end, Gymshark hardly needed to have a large following on their channels, as the ambassadors already had the numbers. In simple terms, they wisely piggybacked off of the already successful brand representatives. A tribute to their success should be noted that many, if not all of the original representatives are still with them to this day. An obvious testament to the positive relationship that Gymshark has with its ambassadors. A factor which we believe important when building a stable brand.

Now we know endorsements are not a new social media strategy. However, we should note that this type of endorsement is becoming a more viable option for smaller brands, with smaller budgets. The Youtube channels that are used to promote Gymshark are not costing the company millions of dollars. In fact, from we can tell, they simply offer them boxes of new products, plus the added expense of travel/accommodations for when their team of ambassadors attends expos/events. But perhaps the reason why Gymshark is the fastest growing UK-based clothing line, is due to the types of personalities Gymshark supports. They aren’t in it for the money and fame; they enjoy teaching their audience and, who doesn’t like free shit?

I am the one who likes cupcakes.